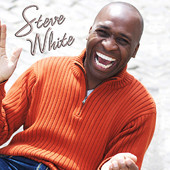 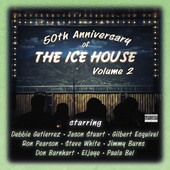 Whirlwind, likable, funny, passionate, versatile, talented, and a solid actor with an infectious smile.In a name Steve White. Think Morgan Freeman, Robin Williams, Chris Rock, Jim Carrey, and Denzel Washington, all rolled into one!  And yes, throw in a little Meryl Streep. Don‘t believe?  Go and see one of his hilarious stand-up shows, and then watch him do a monologue from Shakespeare‘s Othello.  Read the review in the Jerusalem Post for a performance he did there as part of his stand-up tour of Israel, or read his review in the L.A. Times for his award winning performance as Clay in LeRoi Jones‘ award winning play “Dutchman“.  See his short film “Love Anyone?“ that he wrote, produced, directed and starred in.  He can do it all!

Steve‘s been in over 5 Spike Lee films including:  “Do the Right Thing“, , “Get on the Bus“, “Mo‘ Better Blues“, and “Malcolm X“, were he also served as Spike‘s Director‘s Trainee.  Other films include his first, “Coming to America“, in which home-town buddy Eddie Murphy gave him his first break.  He can also be seen in “Harlem Knights“, “Ford Fairlane“, “Other People‘s Money“, and the Robert Wuhl directed, Ron Shelton produced, “Open Season“. He won Best Actor in a Feature Film at the 2003 ABFF‘s for his portrayal of Michael in the independent feature “Skin Deep“.

As far as television, Steve was the first African American announcer on the long running game show “The Price is Right“ with Drew Carey, he has guest hosted the legendary Soul Train, appeared on the Oprah Winfrey Show, and stand-up shows including “Comedy Central“, “Def Comedy Jam“, “An Evening at the Improv“, “Comic Strip Live“, “Showtime at the Apollo“, NBC‘s “Late Friday“, MTV‘s “Half Hour Comedy Hour“, and the “Arsenio Hall Show“.  He has covered the NHL and MLB for Comedy Central, and has had guest appearances on “Martin“, “The Jamie Fox Show“, “Phil of the Future“, “Living Single“, and a recurring role on “Hanging with Mr. Cooper“.

Steve has even had his own morning radio show, “The Morning Jump-off‘ with Steve White on Wild 102 in Las Vegas, he has written two screenplays and even gives the occasional wealth building seminar!

He grew up in Roosevelt, Long Island (Eddie Murphy, Howard Stern, Public Enemy). There he honed his comedy skills by “snappin“ on the corner with his friends. He was studying accounting at Nassau Community College when an English teacher recognized his gift for comedy.  She urged him to try his hand at stand-up comedy at one of the local clubs.  He did and was hooked, and so were his fans…  It wasn‘t long before he was headlining clubs and colleges up and down the eastern seaboard.

After graduating from Adelphi University with a BS in Accounting, he made the decision to hang up his pencils and pursue comedy and acting full time. Steve moved to Los Angeles in 1994 where he has booked numerous national commercials. He started studying with the now famous acting teacher Larry Moss, a relationship that lasts to this day.

The sky is the limit for Steve White. Keep your eye on this whirlwind, as more good things are on the horizon.