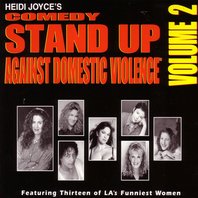 Margaret Smith – “As It Should Be”

Margaret Smith is a six-time Emmy Award winning standup comic, actor, writer and producer.Originally from Chicago, Illinois, Smith is known for her deadpan and often acerbic delivery, reminiscent of Eve Arden. Margaret Smith, winner of the 9th Annual American Comedy award for “Best Stand-Up Comic – Female” in 1994, makes dysfunctional family life the backbone of her act. Dead pan delivery, blank-faced and funny sums up her dark humor. She is one out of six in a demented, dysfunctional Middle American family. However, she contends that all families are dysfunctional in some way or another.  She was a writer and producer for The Ellen DeGeneres Show.  Her first book, What Was I Thinking? How Being a Stand Up Did Nothing to Prepare Me to Become a Single Mother, was published in 2008 by Crossroad Publishing. A reviewer at Book Apexcommented:

What Sedaris, Lebowitz and Dave Eggers should aspire to. Margaret Smith is a one-of-a-kind comedian. Her off-kilter worldview and dry-as-dust delivery is fresh and real in a world of grinning comedy clones.

Margaret played the record store owner in That ’80s Show. Her television and film credits include roles in Martin Scorsese’s Goodfellas, the remake of The Blob and The Wachowski brothers‘ thrillerBound with Gina Gershon and Jennifer Tilly. She made a guest-star appearance in the Pamela Anderson series, VIP.

Smith starred in a special for Comedy Central. Her other television credits include CNN, PBS, HBO, Fox Network, Showtime, E! Network, VH-1 and Comedy Central. Smith worked with everyone from Bob Hope to Rosie O’Donnell, and she has made appearances on both The Tonight Show with Leno, as well as the Late Show with David Letterman. She has toured the comedy circuit doing live performances throughout the United States and beyond to Amsterdam, Australia, Ireland and the Queen’s Theater in London. She appeared twice at Montreal’s Just For Laughs Festival.

As It Should Be, released in August 2000, carries a liner note endorsement from Jay Leno: “The best comedians are the ones that write and perform their own material, and Margaret Smith is at the top of that list”.