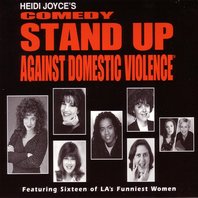 Jerry Lewis was wrong when he said that woman stand ups are not funny! Obviously, he has never met or seen Tonight Show veteran and St. Louis, MO. native Kathleen Madigan. Voted best female stand up at the American Comedy Awards in 1995, Kathleen has made the most of her career. Kathleen started at an open mic night in 1990, and has resulted in numerous television appearances and selling out comedy clubs and theatres across the country.  Kathleen Madigan was last seen on NBC’s “Last Comic Standing” Season 2!